Dr. Pat Iversen, a professor in the department of Environmental and Molecular Toxicology, recently spoke about Ebola treatments at a well-attended Corvallis Science Pub at the Old World Deli on Monday, December 5.

Dr. Iverson previously delivered a seminar on Ebola on Monday, November 3, at the Linus Pauling Science Center. The evening lecture included a chronology of the events of the recent outbreak, global response, and the challenges in treating Ebola.

The 2914 Ebola outbreak has infected more people worldwide than all outbreaks combined since 1976, and has included a small number of cases diagnosed in the United States.

Dr. Iversen was also featured in several articles discussing his role in a drug, AVI-7537, that may be used for the treatment of Ebola.

Battling Ebola: It's been a long road for professor, mid-valley biotech company -  Gazette-Times 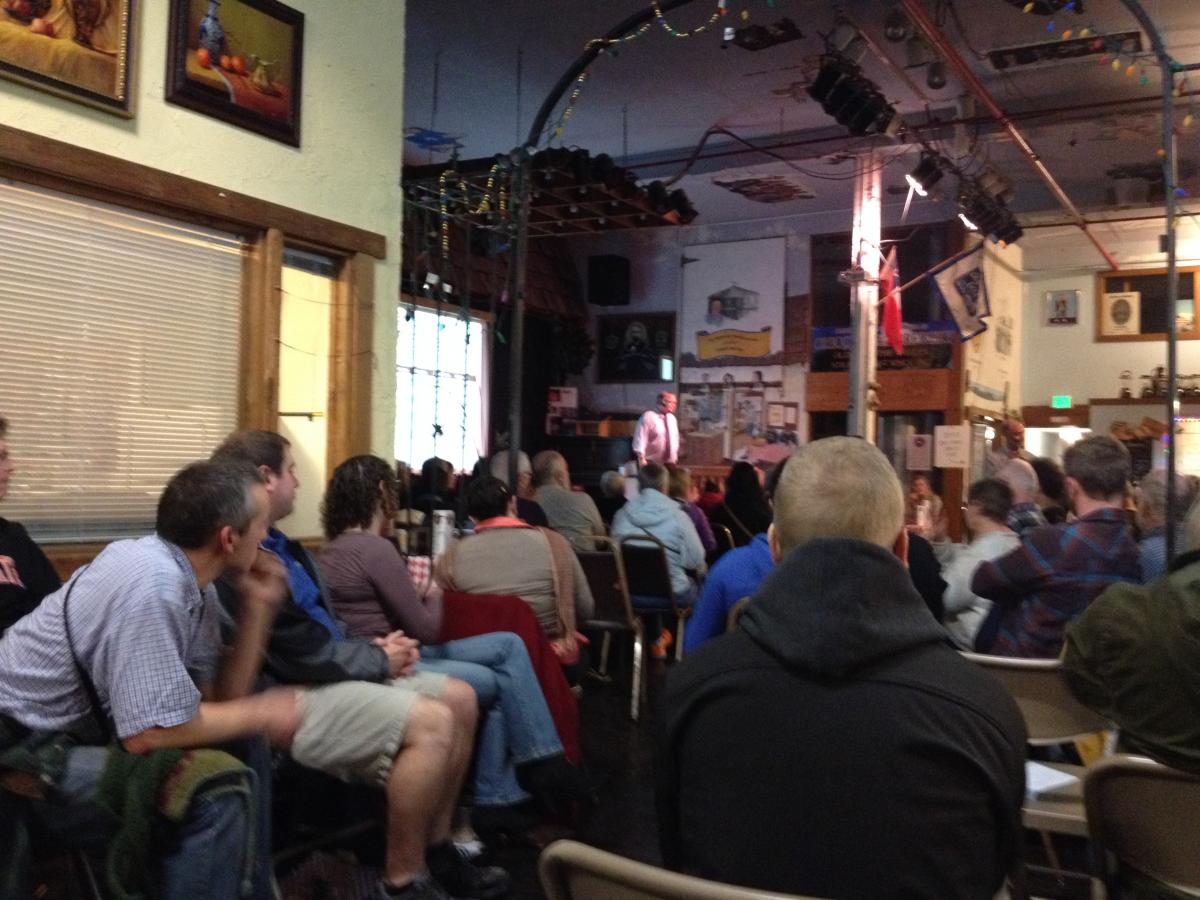