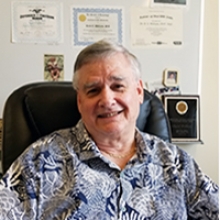 My research interests focus on environmental carcinogens with an emphasis on polycyclic aromatic hydrocarbons (PAHs), formed from the incomplete combustion of carbon materials (coal, wood, petroleum, etc.).  We seek to determine not only how these chemicals cause cancer but also approaches for prevention and intervention, primarily by diet.  Past studies have employed trout, zebrafish and mice.  Currently, we are utilizing accelerator mass spectrometry, capable of detection at attomole (10-18) to zeptomole (10-21) levels allowing us to safely (FDA-IND) dose humans with carcinogens at levels at or below average daily exposures.  This allows, for the first time, to study the absorption, metabolism and excretion of these chemicals in humans which will benefit regulatory agencies such as the EPA that are required to set safe limit of exposure but currently have to rely on animal data employing typically a million-times the average exposure.  I am an Investigator in The Linus Pauling Institute and in this study we are examining how phytochemicals found in cruciferous vegetables can protect humans from these chemical carcinogens by reducing their absorption or enhancing the rate of detoxication and excretion.

Thesis: "Effect of Chronic Low Level Exposure to 4,4'‑Dichlorobiphenyl on the Liver Microsomal Metabolism of Steroids in Rana pipens"

Thesis: “Analysis of Cytochrome P‑450 Isozymes from Rat Liver and Studies on the Mechanism of Induction"

Enzymes from Rat and Rainbow Trout"

11/82‑06/84 Research Associate, Dept. Biochemistry, Medical College of Wisconsin; under the direction of Dr.

International Society for the Study of Xenobiotics (1984-present).

11/82‑06/84 Research Associate, Dept. Biochemistry, Medical College of Wisconsin; under the direction of Dr.

ZonMw and German Federal Ministry of Education and Research (BMBF), Review of Proposal for “Innovative Systems Toxicology for Alternatives to Animal Testing, March, 2015.

Recipient‑‑Parker B. Francis Postdoctoral Fellowship in Pulmonary Research from the Puritan‑Bennett Foundation (1984‑1986).

Recipient--Institute of Food Technologists Certificate of Merit for Authorship of "Potential Mechanisms for Food-Related Carcinogens and Anticarcinogens", a Scientific Status Summary.

Recipient- Certification of Appreciation in recognition of outstanding service to persons with disabilities, University Advisory Committee for Persons with Disabilities, Oregon State University

"Characterization and Regulation of an Extrahepatic Form of Rabbit FAD‑Containing Monooxygenase", presented at the 1986 meeting of the American Society of Biological Chemistry.

Invited Speaker: “The Risks and Benefits of Chemoprotection of Cancer with Phytochemicals and Supplements: Focus on Indole-3-Carbinol and Dehydroepiandrosterone (DHEA)”, May, 2001, 30th International Conference of Nutritional Medicine Today, Toronto.

Invited Speaker, “The Importance of In Utero Versus Lactational Exposure in Lymphoma and Lung Cancer”, Gordon Research Conference, “Cellular and Molecular Mechanisms of Toxicity, August 8, 2011.