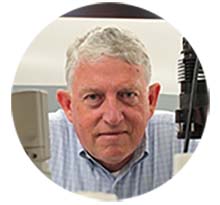 Following my PhD at UCSF and recruitment as a young faculty member to UNM, I have spent my entire career attempting to understand the effects of drugs and chemicals on the immune system of mice and humans. Early on in collaboration with a small biotech company, my group was one of the first to inject monoclonal antibodies into patients for cancer detection and therapy. My first NIEHS-funded projects involved the application of a new technology referred to as flow cytometry, in collaboration with the Los Alamos National Lab. I became very interested in an emerging field known as immunotoxicology, and it was in this context that I first met Nancy Kerkvliet. Nancy and I shared a love for immunology and toxicology and the application of flow cytometry tools. We also shared an interest in AhR ligands, for me it was PAHs that exerted complicated and interesting effects on the immune system of mice. My present day passion relates to understanding mechanisms of immunomodulation by PAHs and metals in human populations with environmental exposures. 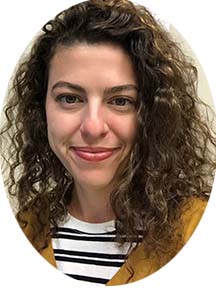 Allison Ehrlich received her B.S. in Toxicology at Northeastern University in 2007, and her Ph.D. in Immunoparasitology at Yale University in 2014. Her Ph.D. research focused on regulatory T cell modulation for the treatment of the parasitic infection, leishmaniasis. Dr. Ehrlich had the privilege of doing her postdoctoral research with Dr. Nancy Kerkvliet at Oregon State University, where she has combined her interests in toxicology, microbiology, and immunology. Dr. Ehrlich’s primary research focus centers around the mechanisms by which environmental perturbations of the immune response may lead to or protect from disease. More specifically, Dr. Ehrlich’s research aims to identify the mechanisms by which aryl hydrocarbon receptor (AhR) activation leads to divergent CD4+ T cell fates, and tests the hypothesis that the interaction between diverse AhR ligands and the microbiome influences susceptibility to type 1 diabetes. She begins an Assistant Professor Position at UC Davis in September 2019. 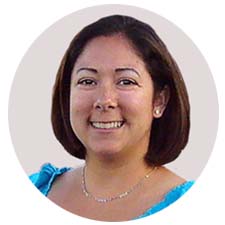 Castle J. Funatake, Ph.D. is a Senior Manager of Research and Development at Thermo Fisher Scientific. She leads a diverse team of scientists responsible for the development of innovative products that enable multi-dimensional analysis of cells and empower researchers to discover and gain a deeper understanding of how cells work. The products they create enable personalized medicine and research in cell biology, immunology, oncology, and infectious disease. Castle received her Ph.D. in Environmental and Molecular Toxicology from Oregon State University and held post-doctoral positions at the Moores Cancer Center at University of California, San Diego and the National Institute for Environmental Studies in Tsukuba, Japan. 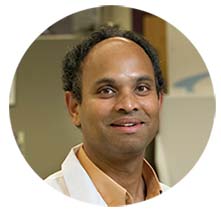 Siva obtained Bachelor of Pharmacy with honors from Birla Institute of Technolo-gy and Science, Pilani, India and Master of Technology (Biotechnology) in Bio-chemical engineering with gold medal from Jadavpur University, Calcutta, India. He worked at the Indian Vaccines Corporation, New Delhi, India and Sanofi Pasteur, Lyon, France for four years. He obtained Ph.D. from The Institute of Toxicology and Genetics, Karlsruhe Institute of Technology, Karlsruhe, Germany. After postdoctoral research at Sanford Burnham Prebys Medical Discovery Institute, La Jolla, CA, he joined the Department of Environmental and Molecular Toxicology, Oregon State University as a faculty in 2006. The major focus of his laboratory is investigation of molecular mechanisms in disease and toxicology. 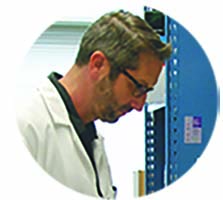 Carl E Ruby, PhD. After studying immunotoxicology in the laboratory of Nancy I Kerkvliet as a PhD student, he went on to study tumor immunology and immunotherapy both in academia and industry. Currently, he is a cofounder of BTC, a start-up biotech company bringing safe, effective and accessible immune oncology options to veterinary medicine. 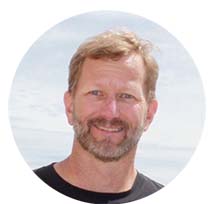 Dr. David Shepherd is a Professor of Environmental Immunology committed to defining the impact of environmental compounds (environmental pollutants, diet) on innate and adaptive immune function. Prof. Shepherd is on faculty in the Skaggs School of Pharmacy at the University of Montana where his research program has focused on investigating the effects of dioxins, PCBs, and medicinal plants on innate and adaptive immunity. He is the recipient of a SOT Outstanding Young Investigator Award, and an AAI Careers in Immunology Fellowship. Last year, he was a Visiting Researcher at the University of Sydney/Centenary Institute in Australia. 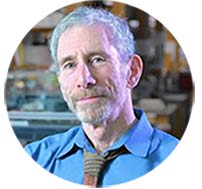 Dr. Sherr received his B.A. from Brandeis University in 1973 and his PhD from Cornell University in 1978. He was a postdoctoral fellow at Harvard Medical School in the laboratories of Drs. Baruj Benacerraf (Nobel Laureate, 1980) and Martin Dorf from 1978 to 1981, after which he was appointed to the position of Assistant Professor (1982) and then Associate Professor (1987) of Pathology at Harvard Medical School. In 1993 Dr. Sherr was recruited to Boston University as Professor of Environmental Health and Professor of Pathology and Laboratory Medicine and is currently the Director of the Boston University Superfund Research Program and Director of the Find The Cause Cancer Foundation Research Consortium. Since 1993 his laboratory has studied the role of the AHR in immune cell development and in tumorigenesis, specifically with regard to the role of the AHR in production of and function in immunosuppressive immune cells. He would not be in this field had it not been for Dr. Kerkvliet. He has published 127 peer-reviewed manuscripts. His lab has been continually funded by the NIH since 1986. He has trained 26 postdoctoral and 13 predoctoral fellows and 8 undergraduates, has served on 67 doctoral committees, and has won The Boston University School of Public Health Excellence in Teaching Award 3 times 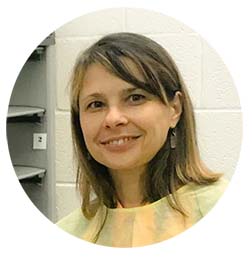 Natalia Shulzhenko, Associate Professor - Carlson College of Veterinary Medicine, Oregon State University, received her MD from the Kharkiv Medical University, Kharkiv, Ukraine, a PhD from the Federal University of Sao Paulo, São Paulo, SP, Brazil, and was a Staff Scientist at Human Immunogenetics Lab, Federal University of Sao Paulo, São Paulo. She did her post-doc training in the lab of a renowned immunologist Polly Matzinger at the NIH/NIAID. The Shulzenko lab is interested in understanding how cells of the immune system communicate with other host systems and the resident microorganisms (microbiota) in complex organisms in health and disease. This co-existence is beneficial for both sides, but tight regulation is necessary to prevent disease development. In order to disclose the mechanisms of these physiological and associated pathological processes, the lab uses a systems approach and analyzes host and microbiota simultaneously. This is done through host transcriptome profiling and global microbiome analysis by next generation sequencing to identify the key regulators of the process. These findings are further validated by directed perturbations of host and microbiota using gnotobiotic mice, i.e. those colonized with defined microbiota. Lab’s recent work in chronic enteropathy of immunodeficient hosts (human and mouse) and in type 2 diabetes focuses on finding microbiota members that can be harmful or beneficial for these diseases.

Robyn Tanguay (formerly Robert Tanguay) is a Distinguished Professor in the Department of Environmental and Molecular Toxicology, the Director of the Oregon State University Superfund Research Program and the Director of the Sinnhuber Aquatic Research Laboratory, and the Director of a NIH training grant. He received his BA in Biology from California State University-San Bernardino, his PhD in Biochemistry from the University of California-Riverside and postdoctoral training in Developmental Toxicology from the University of Wisconsin-Madison. He serves on a number of academic, commercial and federal advisory boards and is on the editorial board for several scientific journals. Over the past several years he has pioneered the use of zebrafish as a toxicology model and recently developed automated high throughput instrumentation to accelerate phenotype discovery in zebrafish. A major focus in on identifying chemicals and mixtures that produce neurotoxicity. Phenotypic anchoring coupled with the inherent molecular and genetic advantages of zebrafish are used to define the mechanisms by which chemicals, drugs and nanoparticles interact with and adversely affect vertebrate development and function. 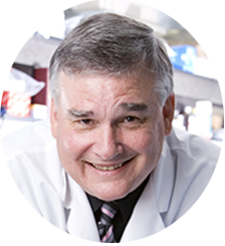 David Williams is the Helen P. Rumbel Professor for Cancer Prevention in the Linus Pauling Institute and Professor of Environmental and Molecular Toxicology at Oregon State University. Over his 30 plus years at OSU he has performed research on the consequences of AHR activation as it relates to the metabolism and carcinogenicity of polycyclic aromatic hydrocarbons. Currently, he is examining the pharmacokinetics of [14C]-benzo[a]pyrene given to human volunteers and the impact of indole AHR ligands from cruciferous vegetables. 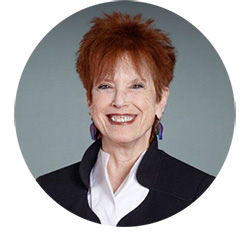 Judith (most commonly known as Judy) Zelikoff was academically-trained in New Jersey universities. She received her Ph.D in 1982 at the NJ Medical School (UMDNJ) in experimental pathology. From there she moved to NYU School of Medicine and did her post-doctoral training as an NHLBI fellow in toxicology and environmental health with a focus in pulmonary immunotoxicology. As a junior faculty member she had the great privilege of making the acquaintance of a major leader in the field of immunotoxicology, Dr. Nancy Kerkvliet who shared with me many moments of professional wisdom. Dr. Zelikoff moved up the medical school ladder to reach her current position of tenured professor at NYU Medical School in the Department of Environmental Medicine. While her work continues to focuse on inhaled environmental contaminants including ambient particulate matter, nanomaterials, tobacco products and electronic cigarettes, much of her current research is associated with understanding the developmental origins of health and environmentally associated disease. Dr. Zelikoff is an active member of the Society of Toxicology having served on Council, as well as Chairperson of a number of committees and president of three Specialty Sections. In addition to her Achievement Award in Immunotoxicology, she has also been the recipient of the Women in Toxicology Mentorship Award and the SOT Education Award. She has also served as a member of several NIH Study Sections and other national and international Advisory Boards. In addition to her research, Dr. Zelikoff also serves as director of the Community Engagement Core of the NYU NIEHS Center and teaches three courses in toxicology.