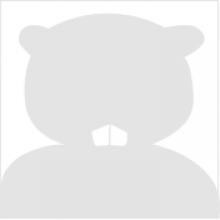 My main interest and research activity is on the nutritional, toxicological, and biochemical aspects of selenium.  We have purified and characterized a selenoprotein, called selenoprotein W, from the muscle of rats and the cDNA indicate that it is also present in muscle from sheep, mice, monkeys and humans.  More recent data indicate it is not restricted to the muscle but is also present in heart, brain, spleen, testes and skin.  The complete amino acid sequence of this selenoprotein was deduced from the cDNA sequence, and there are 87 residues in the rodent protein but 86 in the primate and sheep protein.  There are four forms of this selenoprotein and two of the species have glutathione bound to them.  Further experiments are planned to investigate the metabolic functions of this protein and the factors, including toxic compounds, that affect its concentration in tissues.  Other research deals with the interaction of selenium on heavy metals and on the metabolism of selenocompounds which may be anticarcinogenic.

Recent interest includes enriching certain plants with selenium as a method of providing anticarcinogenic materials for animals and humans.